Recorded by Miguel Simoes at Under The Stage Studios

(or one of the other major music platforms above)

Got down to the beach one day

Met a friend of mine and started to play

Songs of freedom, and the mood was cool I have to say

He took out a bottle of port

I was on the wagon, or so I thought

But he poured out a little glass that came my way

Mr. Alcohol is gonna have to wait,

I ain't gonna take your bait, that's what I say

At least it ain't as bad as smokin' all that pot

But then I ain't gonna take more bait, no more today...”

Well, the bottle kept slippin' down

The melodies were swirlin' all around and around

Then he rolled up a little joint

And this is where I get right down to the point

Mr. Marijuana's gonna have to wait,

I ain't gonna take your bait, no time soon

I mean what's the harm in havin' just a little smoke

But then I ain't gonna take more bait, all afternoon...”

We kept playin' as the sun went down

I guess the weed was helpin' with the chilled out mood

Then another Troubadour came by

He chopped up and he laid down some lines!

Rolled a note, took a hit and passed it on to me

I ain't gonna take your bait, it's way too strong,

And maybe wash it down with a little of that port

But then I ain't gonna take more bait, all night long...”

By now I was pretty mashed!

I wondered what would next be offered out of the stash

So much for stayin' clean, that didn't last long...

Then a little honey came strollin' by,

I had had my eye on her for quite some time, and

She gave me a lovely smile and my mind was gone...

You little Sexy Mama gonna have to wait,

I ain't gonna take your bait, get outta my sight,

(As long as I don't end up with a nasty little rash!)

But then I ain't gonna take more bait, no more tonight...”

But I did kinda take her bait

And the rest of my life began to have to wait

And I kept takin' her bait, that much is true

Yeah she distracted me good...

Cos I been takin' that bait, my whole life through...

The Story of 'Ain't Gonna Take Your Bait'

Since I've been on the road I often meet up with other musicians at the beach or wherever for a jam. And usually of course the company and the environment can lead to a party atmosphere developing almost instantly. However much you've promised yourself to "be good" for a while and "just say no" it's just too hard sometimes!

So this tune is very tongue in cheek of course but also loosely based on reality. I could have written verses about many types of "drugs", especially some of the more insidious ones we are inflicted with these days such as sugar, excessive carbs & gluten, MSG or aspartame. But I'm sure that whatever "drugs" I could have referenced, instead of the ones used here, the tune always would have ended up focused on a little lady, because after all, fun with the opposite sex can be the biggest drug of all!

(In recent years I've managed to 'kick the habit' as far as the first 3 verses are concerned, but I'm still working on the last one!!) 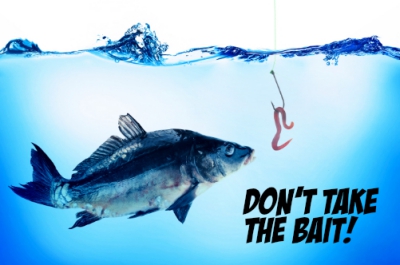