The An R Key 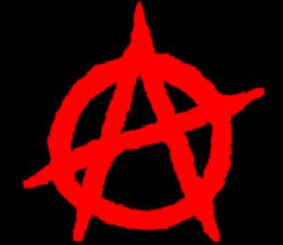 R’s the key to Anarchy

‘Cause with-out the ‘R’ you just can’t see

How this word is meant to be

But the truth can set you free

It doesn’t mean “No Rules”

Again one day we, will live rule free,

But for now we need these tools

But don’t let their media fool you

When they publicise this term

It doesn’t have to lead to mayhem

We’ve all just go to learn

You’ll never learn it in their schools

Just take the term “No Rules”

And insert an ‘R’ between

And the truth can then be seen

It means that we’re all equal

We don’t need a king or queen

We need ‘precedents’ not ‘Presidents’

To escape from where we’ve been

I ain’t the boss of no-one

And no-one’s the boss of me

And live in liberty

As long as we all do no harm

And honour our agreements

All the rest is rules for fools

I say “Cheers to Peers” not “Tears for Fears”

Where you know me and I know you

And we can live together

In peace and harmony

With natural rights and simple rules

Upon which we all agree

Then we don’t need no rulers

To tell us how to be

We can live without the Archons

No magistrates for reprobates

No overlords for the ignorant hoards

The Story of 'The An R Key'

This one is inspired by the work of Mark Passio

A popular misconception is that 'Anarchy' means 'lawlessness', so that if anarchy was 'allowed' to spread it would lead to a breakdown of society, rioting and a general lack of civilised behaviour. This myth is perpetuated by the media via 'NEWS' (Never Ending Worry & Stress), movies and TV and a good example of classic conditioning by association.

Of course the minority in positions of influence who exploit their positions for their own gain, at the expense of the majority, like to maintain this position, that anarchy is a bad thing and that we need rules to protect us from violence. We can't have anarchy because that means no rules.

It occurred to me that the difference there, between 'rules' and 'ruleRs' is the letter 'R', and that's what led to the rest of the lyrics