Have you wondered why when prophets die the priesthood come along

And feel the urge to turn their words into religious songs

The frightened mass of every class and many have been fooled

That heaven is inside us all - your intuition's proof

You may arrive in Mecca, Jerusalem or Rome

Religious laws and Holy Wars to lead us all astray

For a prophet-able pay day!

And advocates Nirvana waits for those without ego

With words they fool and ridicule the ancient festivals

A passage when we die

To a dreamland in the sky

You can hear the prophets cry...

Your answers are inside

The Story of 'A Prophet-able Pay Day' 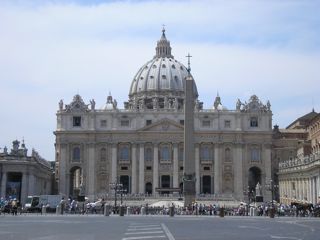 It's basically about how the simple words of the prophets (if they ever physically existed?) have been taken by the preachers of the various religions, distorted and used as dogma to control people. No more so than by "...some guy in a Roman shack (above) and a fish head hat..."

And, having studied the philosophy of Buddhism during my early 30's I was amazed when later travelling in Thailand in my early 40's to find thousands of Buddhist temples all over the country housing massive gold effigies of the Buddha! 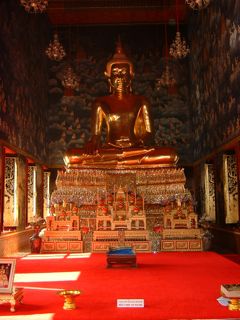 I've since discovered that 'Buddha' is the Hindi word for the planet Mercury (symbol ☿) and so represents wisdom and enlightenment symbolically as he is the closest planet to the Sun (symbol ☉ - personified as 'Jesus' in astro-theology), and therefore closest to the source of our spiritual & physical energy. I realised that it's pretty much the same with all the major religions; the preachers seem to have completely missed the point of the original message, but maybe this is more by design than accident...?

There's certainly a lot of dosh involved as anyone else who's seen the opulent exhibitions of wealth inside the building shown at the top of this section will know!