Edge Of A Dream

Freeman · Edge Of A Dream - Haley/Coates

Bet you know someone

On the edge of a dream

But you won't let him in

Don't know, where to begin

That he don't really mean

A throw away line

Came at the wrong time

Everyone is someone else

Or would rather be

So come on over

The Edge of a Dream with me

No one ever means what they say

Or says what they mean

They leave you hanging on

Edge of a Dream

On the edge of your dream

And you will let me in

If I get close to your skin

I could show you

But the image you see

Is the One you will ride

I am always someone else

When I'm with her

So come on over

The Edge of a Dream with me

I don't have to mean what I say

Or say what I mean

To take you over

Edge of a Dream

So come on over babe

Come and get close to me babe

I want to hold you

I want to get close to you

I think of you but babe

Why don't you phone?

Some call it love

Well I just call it sex

I never knew a mouth could be so wet!

Some call it love

Hey I just call it sex

I never knew a mouth could feel so wet!

Don't ya, dont ya

You make me, feel so good

Keep on doing what you doing to me babe

Keep on doing what you do

Keep on doing what you doing to me babe

You know I love it

You know I love it

The Story of 'Edge Of A Dream' 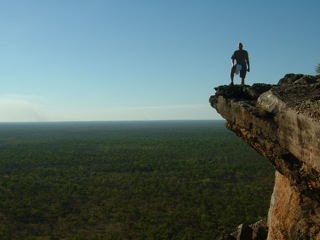 It was a lot of fun to record, although the quality is very poor by modern standards. Cliff (Coates) was very drunk by the time we got to record this one (Jack Daniels I believe), and was lying on the floor and couldn't get up, so I hung the microphone by it's cable above his mouth and he just lay there and sang along while I played the track :)

He would normally be playing bass, but he was in no fit state to do that either, so I quickly overdubbed a bassline after we'd done the guitar and vocals together live. I had to do it quickly so I could remember what I'd played on guitar, because this song started out very differently when we'd written it. It was a much more poppy, bouncy, smiley song originally based around major chords, but I never liked it like that, so suggested we did it this way, played minors instead of majors and generally funked it up. Cliff did a great adlib job for the end of the song, because I was just grooving along with the drum machine and didn't want to stop playing after the lyrics had come to an end, and fair play, he just carried on making stuff up (like he was starring in his own porno movie ha ha!) 'till I stopped or the tape ran out or whatever. I'd also had quite a lot to drink but somehow seem to still be able to function when I'm doing music. Once I'd finished recording though the haze swept over me and it wasn't until the next day that we realised what we'd done during the night. We did a fade out coz a lot of what Cliff came up with in his drunken state could not be published! But I love it, it still makes me smile xD. Gonna do a decent studio version of this one one day