(Recorded DI through the amp)

Once, One loved me

I took everything that she gave

I spoke, of love

But I guess I didn't really feel the same

She shone on me

And I basked in the glow

But then I had to go

I went away, and there I met another One

And my summer was sweet

Tried to explain, to the One I left at home

But her pain was complete

But karma, karma comes to every One

In my life I have found

Karma, karma comes to every One

What goes 'round comes around

And yours will be broken as well

With One that you shouldn't have fell

And you will have lies spoken too

In the One verse you're writing for you

If someone loves you, but you don't really feel the same

'cause if you don't, One day you'll feel empathy

Karma... will come in the end

So now, I've loved One

She took everything that I gave

She talked of love

But now she says she didn't really feel the same

She shone for me

And I basked in the glow

Fulfilled, all my dreams

But then she had to go

She went away, and now she's met another One

She said that she would always want me in her life

but now I Wonder... if I'll ever see her again

What you give out, will be given back to you

When all's said and done

Or you can blindly stumble through your lives in ignorance

That love pain is always the worst

A cursing for those you have cursed

A law of the You-niverse

The Story of 'Karma' 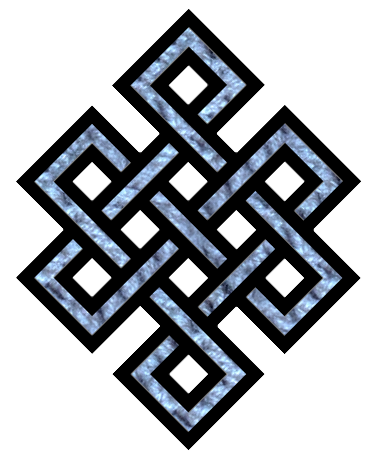 This song came to me complete and was written and recorded within about an hour of waking up one morning (it's quite hard to sing so early in the morning). Writing this one proved to be very cathartic for me after going through a break up that really took its toll on me. I realised that what had happened to me was very similar to what had happened with one of my past loves when my actions had led to our break up then. It was uncanny actually how similar the characteristics of the two events were, "...the same situation reversed..."

Some people think Karma is about receiving punishment for something you did wrong, but I don't agree with that at all. In my experience it's about experiencing empathy. The universe brings you the situation again but this time from the opposite perspective so that you can feel how the other felt and see how the other saw things. The effect of this is the breaking open of your heart which makes way for the experience of unconditional love and true compassion for the other and what they went through.

And forgiveness is one of the most powerful forces I've experienced. I've been lucky enough to be forgiven in the past for my actions and their effect on others, and to be able to also forgive others in the same way. But it's also very important to forgive yourself, for allowing yourself to fall into these situations in the first place....

Wisdom shows that there are no mistakes, only lessons. I learned a valuable lesson via this whole experience and I thank karma for bringing it to me and the creative energy of the universe for downloading this accompanying song.