I feel I should hold on

I want it all

No reason to give up

I want it all

But I can hear a little voice inside

Telling me to let it go

I know my conscience is telling me

To simply let it go

Telling me to let it go

Let it go, let it go

Let it go, let it go

The Story of Let It Go 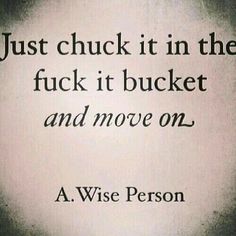 This is a Cliff Coates led song, my old song writing partner. It was his original idea and I helped him take the idea and finish it off. But I always liked the sentiment behind this tune, so much so that we ended up doing a nice rocky version in my band ' Tuscan Raiders' about 13 years after it was written. Cliff heard that version and it helped bring us back together at that time after a fairly long absence, which led a few years later to us writing and playing together again in 'The SubTles'.

The music for this track is the 'Raiders version - Martin Hynes on bass, Scott Wheatley on 2nd Guitar and Dirk Forsdyke on drums - with my overdubbed vocals done yet another 13 years later at ' The Groove House' in 13518 UCC (2017 Gregorian).

I feel it's a mistake many of us make many times throughout our lives, holding on to things that aren't really good for us, due to pride, fear of missing out and numerous other reasons. But often when we look back we realise we should have 'Let It Go' much sooner and moved on.

It's a simple but effective message and I trust that the next time I have such an experience I will remember this tune and act accordingly!