Project Freeman · She Wouldn't Do Me

Music track recorded live at Badger in 2008 Gregorian with 'The SubTles':

I went out of my head for a night

Or how I thought it would be

Didn't feel how I did

She led me on into a world

Where girls do boys and boys do girls

But She Wouldn't Do Me

She could see through me

All the way from me to you

I fell in to my head for a rest

A place you detest

All the things that you are

And the things that I am when I'm not

I Know what I wanted to do

But She Wouldn't Do Me

She could see through me

All the way from me to you

She was a teaser

I couldn't please her

I was Down on my knees ah

All the way to you

The Story of 'She Wouldn't Do Me' 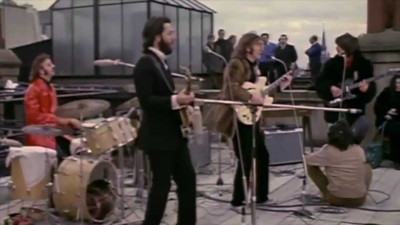 The idea for this song came during sessions with 'The SubTles' in 2008 Gregorian. It was originally called she wouldn't shag me (haha) as a jokey working title, but I think it was my mate Cliff (Coates) who suggested we use 'do me', as our RuTles, SubTles influencers The BeaTles had done on their track 'Don't Let Me Down' (above)

The rest of the narrative is based on a guy being so hung up on his ex that he can't 'get it on' with anyone else, and other girls can see through his façade when he tries!

We recorded the backing track in my home studio (at Badger the Boat) with drums, bass, guitar (my Rickenbacker) and a guide vocal

The vocals you hear here were eventually overdubbed 14 years later in another country!