The Castle Crumbles From Within

Freeman ˇ¤ The Castle Crumbles From Within - Haley/Coates

The camera pans from left to right

Sweeps down to the shore

A momentary glimpse of light

From a dagger there before

The cloak of dark we know as night

Fades away in rays of light

The dark seeks only to invite

Once he gives in

That's when the Castle Crumbles From Within

Focus on the dagger there

Lost upon the beach

Wrapped in fear and unaware

The Gods are watching out of reach

From the dunes shadows surprise

And once they are in

That's when the Castle Crumbles from Within

ThatˇŻs when the Castle Crumbles From Within

And now the scene has changed

A ruin on the shore

(The sands of time)

His dagger kills no more

Is a dark and lonely place

Where he lives in disgrace

All thatˇŻs left of a dying race

The Story of 'The Castle Crumbles From Within' 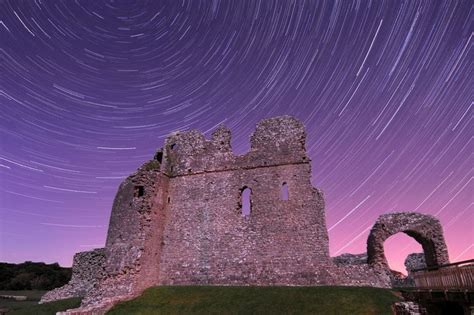 This track came from another great song title idea by Cliff (Coates), my songwriting partner at the time. Cliff often came up with great titles which I found very inspiring and this was one of his best. On this occasion we wrote all the words together before I went home and put them to piano

Cliff had some great ideas for songs, and with this one it was the concept that things often go astray because of infiltration. Things fall apart from the inside. Often when organisations for example begin with well meaning intentions they can get 'invaded' by covert agents who undermine them and start nibbling away at the foundations, and that is why they ultimately fail. I have seen this many times in my own experience since we wrote this song, and my conclusion is 'Don't Join Any Organisations!', especially if they want you to "register" to join. As soon as there is a structure, with leaders and go-betweens, it is rife for the infiltrators. The best way is to remain individual but work collectively with others in a distributed fashion. That is much harder to mess with!

Anyway, this demo is very simple, with me playing piano and singing live with Cliff noodling away on an acoustic in the background. It was just to get it down, but we never did get around to recording it properly.

The idea for the mid section was to have a battle break out and include loads of sound effects 'n stuff so I'd love to give this song the full production treatment one day...