But either way that's where you've been

Could I change you or rearrange the view

Of everything you’ve seen?

You say what’s the point of trying to change, be extreme

You’re all fire or water, can’t support your moody swings

You’re in danger of being a stranger

So hit the middle of the stream

The Story of 'Be In-between' 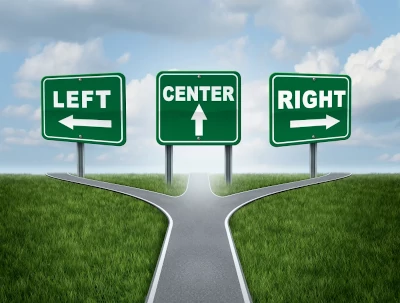 He had the 'G' verse chord structure and some words to which I added the 'B' intro and instrumental sections, and from memory the bridge section in 'E', and I think I suggested the title as a result of the words we'd written together to finish the song (but hey, it's been a long time...!)

When we parted company musically for the first time in 1993 we took a songwriting journal each and a copy of all our song sheets, but for some reason I never got a copy of this song with the original lyrics

So 5 years later when I was playing music with 'Vacant Lot' I dug out this song because I'd always liked playing it, particularly due to the chord structure which was mostly my work as far as I can remember

But I didn't have the lyrics, so I wrote some new ones using the title as inspiration

The original version had been purely relationship based, but I decided to make this version more political as a call for balance between the two extremes of so called 'left' and 'right' (which are really just to versions of the same thing) that the system loves to divide us with

Of course I think it's a better song this way, but Cliff may disagree ;)