Three ways to vote, you can even text it, calls are all on hold

Slam the door, you’re gonna break shit, rights have all been sold

Hey May, she be a puppet courtseys to the Queen

All along the road to brexit

They love dividing the people any way they can

And if you want controlled opposition Corbyn is your man

Thought you had a constitution, you can think again

With their mental constipation cloggin’ up Number 10!

Don’t lose your local culture to the Euro beast

We can see the Euro vultures

Feeding at their carcas feast 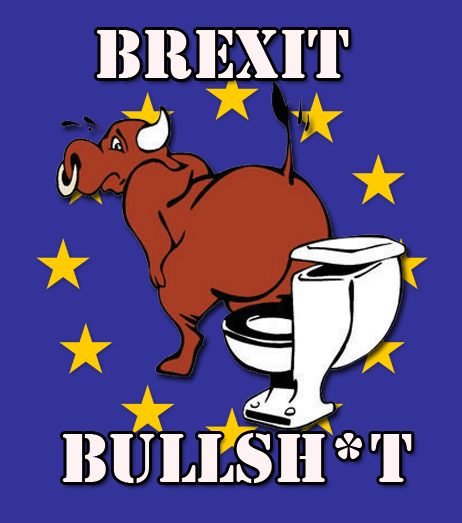 As usual with Morgan/Freeman tunes this one started with Morgan Roscouet, based on a riff he already had. We finished off the tune with the bridge chords and a basic arrangement and then had a great laugh writing the words together.

We deliberately wanted the meaning to be ambiguous. We were just commenting on the whole farce and the division that it was being used to create (as "they" always do with these things), both in Britain and the rest of Europe

Politicians are like naughty kids at the breakfast table who knock the milk over on purpose to get some attention from mummy. They don't care what sort of attention they get as long as they are distracting, and if they can create some chaos along the way and get everyone taking sides against each other, for their masters behind the scenes, then they're doing a great job

You know, you'd never know it, but it IS possible to be pro Europe and anti the EU, which after all is just more government, debt and regulations. Evidently Uninspired! They conned people with their whole brainwashing campaign into thinking they had to choose more government to be part of Europe. Ridiculous! Basically a divide and conquer strategy, as always

Meanwhile in north America they were doing the same thing with Trump. And of course both of these 'campaigns' were great practice for the soon to follow 'Covid Pandemic'