Free Not To Be Normal

Freeman · Free Not To Be Normal

So what is normal and what are its bounds?

A nominalisation on medical grounds

Decided by doctors doing their rounds

Determined by doctors who study the brain

Who say I’m not normal and drug me again

But I’m free, not to be normal

But anxiety’s normal so I would have guessed

If a copper turns up in a bullet-proof vest

It’s normal to argue when someone insists

Your behaviour is manic and mind’s in a twist

It’s normal to protest to plead and to pray

When an ambulance calls to take you away

It’s normal to mind when they fail to explain

Quite what it is has gone wrong with your brain

It’s normal for doctors to err on the side

Of professional judgement and arrogant pride

And flatter themselves as they put you inside

That they were the ones who had to decide

If you were disordered or others had lied

It’s hard to accept and it’s painful to see

Before I committed a hospital bed

But we’re free, not to be normal

The Story of 'Free Not To Be Normal' 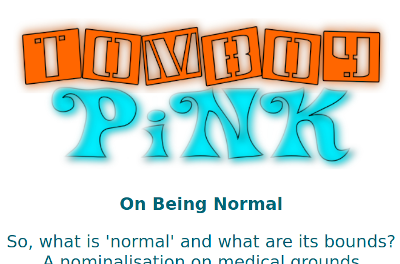 Having been presented with a book of original poems by my good friend (and now fellow 'TRUEbadour') Prajna Pranab, I was inspired to put a couple of them to music. The first was this one and the second 'Yes I Do!'

I had a tune knocking around, just a chord sequence really, and thought it would work with the words of Prajna's poem, which I'd always liked.

Our Kali, his partner, suggested the title (which I also really liked) when I was experimenting with arrangements in the van one night and then I tried it out for the first time at a gig in the village the following evening

What you hear on this page is an edit of that first live take, which still has a few mistakes in it due to its newness (I was trying things out as I went along really) but I thought I'd put it here on the site because it has a really good message

We're all free not to be normal, because afterall, what the hell is normal anyway?!?