Rainbows On The Moon

Freeman · Rainbows On the Moon (Edit)

Love, Love is all I need

Lust is only greed

You read the paper

Lost, lost is how I feel

I don't know the words

I Blue my chances

Indigo stains on my soul

(Indigo stains on my soul)

I had everything in you why did I look for more

Coloured memories washed away like footprints on the shore

I said I could bring you back

I spoke too soon

More chance of Christmas in June

More chance of Rainbows on the Moon

Time, time has passed me by

Left me on my own

Staring at the sky

More chance of Rainbows on the Moon

Rainbows on the Moon

Rainbows on the Moon

The Story of 'Rainbows On The Moon' 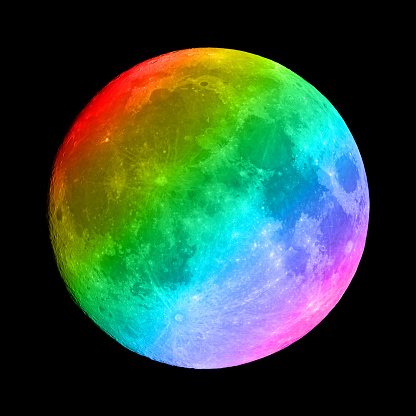 This all came from a great song title idea from Cliff (Coates), my songwriting partner at the time. Cliff often came up with great titles which I found very inspiring and this was one of his best. He probably found it pretty annoying that I ran off with it and came back soon afterwards with a whole song!

I love word play and usually all I need is an idea or a subject to play around with to get me going, (the same thing had happened with 'You Left Paris In My Car', an idea of our friend Bob Coleman, the year before) so the idea of 'Rainbows on the Moon' was amazingly stimulating to my imagination and I thought it would be really clever to try to get all the colours of the rainbow into the lyrics

Cliff had some good ideas for the arrangement and we did a (very poor quality) demo of the song on cassette tape, with two vocals singing to each other. But here I have done a simplified version with one vocal all in the first person

Hopefully this one will get the full production treatment one day...